The philatelic collections consist of almost 4 million stamps as well as originals and printing proofs for Swedish stamps.

We also have 90,000 postal items such as envelopes and letters. The collections keeps expanding through donations and purchases.

You can search for Swedish Stamps from the first Skilling Banco from 1855 onwards here:

The collections also include the only letter with 6 skilling banco stamps. This letter was mailed from Stockholm to London in 1858 and arrived after five days. The postage was the equivalent of the wages paid for one day’s hard industrial labour.

The museums greatest treasure consists of the “Post Office” stamps from Mauritius from 1847, the world’s first colonial stamps. 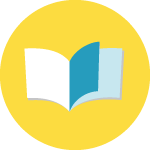